For spouses Xavier and Malou Peña, a retired employee and bank staff respectively, farming has been an open opportunity for them, knowing that they own a farm waiting to be developed. But since they both had day jobs and children to attend to, they didn’t have so much time to fully focus on farming. They finally took the chance to tend their farm when Xavier went for early retirement in 2018. With Xavier being a diabetic, it has become a driving force for the couple to raise beneficial crops on their farm. During that time, they’ve also begun gaining interest in natural remedies for diabetes. Having been blessed with space and a small mulberry tree that has already been planted on their land, they just opted to plant more fruit trees (mostly berries) and other crops that are advantageous to their health, particularly for Xavier’s condition. “From then on, we bought additional fruit trees and added more mulberries and other berries that we can find. It was trial and error, we did not follow any plan, we just planted as much as our small space can carry,” said Malou. Growing up on a farm, Malou has always been fond of farming and now considers herself a weekend farmer. The lot where their farm stands today is owned by her family then and was transferred and subdivided between Malou and her siblings. Meanwhile, Xavier is the one who runs the farm full-time today. Malou and their kids also help out every weekend and in their free time. A SMALL-SCALE FAMILY FARM Redberrytree Farm is located in Dasmarinas, Cavite with a total area of 1.6 hectares. But the current developed space is about 8000sqm, while the remaining parts are yet to be fenced and improved. The farm was initially for family use only, but with the increasing cost in utilities and salary of farm helpers, the couple decided to augment their profit by selling some of the farm products. Mulberry, hot chilies, and mushrooms are the farm’s main crops. Other crops that they cultivate are magic berry ( Synsepalum dulcificum), strawberry, acerola or barbados cherry (Malpighia emarginata), raspberry, bignay ( Antidesma bunius), lipote ( Syzygium polycephaloides), herbs like basil, and more. They propagate and sell seedlings of mulberry and other berries if there is excess supply. When the season of berries comes in, they also turn them into jam and use its leaves for tea. Their plant seedlings cost about P100 to P500 depending on the plant size. The couple loves producing mulberry not only because it is good for their health, but also because it is easy to grow. And in terms of the market, “All berries also command a good price in the market since it is not a common fruit available in shops,” says the Peñas. They added, “Mushrooms, on the other hand, are not seasonal. Hence, we call it our cash crop.” Mushrooms and mulberries can be grown at any time of the year, which is mainly why they have an abundance of these crops planted on the farm. Malou explains, “Berries like mulberry fruits are [produced] all year round, but the amount would just be sufficient for personal consumption.” Its peak season comes around July to August; a period when they can harvest plenty of fruits that they mostly process into jams for retailing. Redberrytree Farm also raises a few chickens that are set for the family’s personal consumption, too. 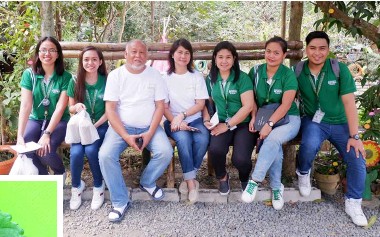 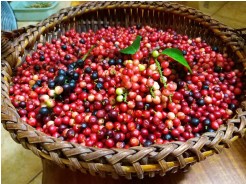 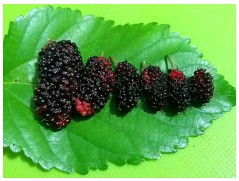 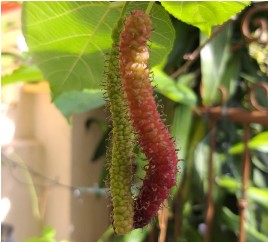