Behind this so-called “BTS Tree Park” are three Filipino ARMYs (the name BTS fans call themselves), namely Elyssa Marie Uy, Krystine Nocum, and Alyanna Andrea Sebastian. BTS, which stands for “Bulletproof Boy Scouts,” is a South Korean boy band with seven members that are globally recognized for their inspiring story, personalities, and music. They are the first K-pop group to receive a Grammy nomination in the Best Pop Duo/Group Performance category for their song “Dynamite.” RM, the team leader and main rapper, has also been an inspiration to many ARMYs when it comes to his passion for the environment. In a reality show called “In the Soop,” RM was shown tending to his six-year-old red plum blossom tree bonsai. 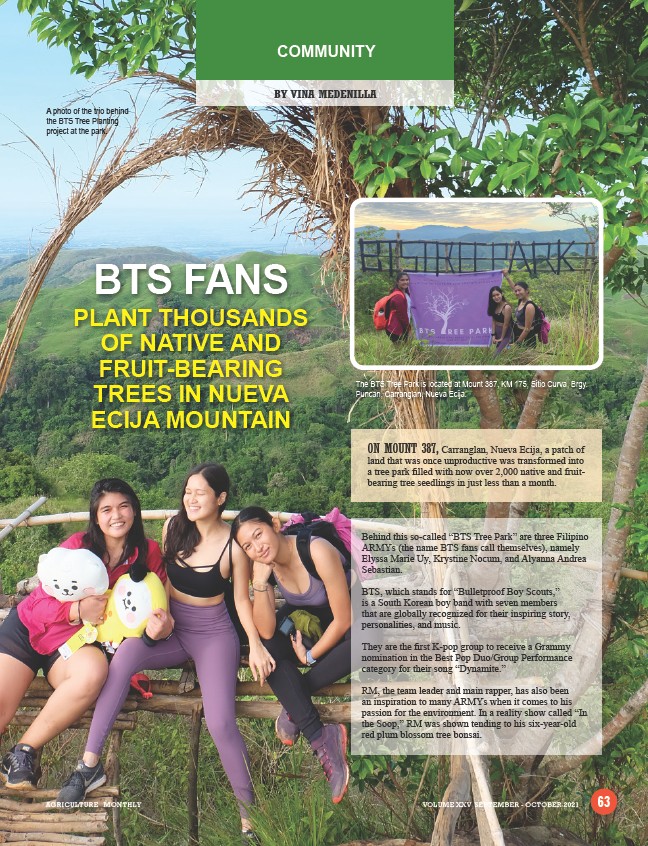