A strong typhoon didn’t prevent Jewel F1 tomato from ‘shining’ A few days before the typhoon hit the Philippines, farmer Francisco “Jun” Sadueste, Jr. from Nueva Vizcaya just transplanted his 2,500 seedlings of East-West Seed’s new big-fruited tomato variety, Jewel F1, and another tomato variety from a different company. “The winds and rains were very strong! I was worried that my tomato seedlings wouldn’t survive,” shared Jun. After the typhoon, all his seedlings experienced plant stress. But eventually, his Jewel F1seedlings recovered. “I was surprised that they were able to recover! Their leaves flourished and eventually produced many flowers! The tomato variety from the other seed company died but Jewel survived. I’m really impressed by how strong Jewel is,” Jun said. Jewel F1 was developed and bred in the Philippines that’s why it can better withstand stresses in local growing conditions compared to competitors’ imported varieties, shared Jill Bulawan, East-West Seed’s tomato breeder. JEWEL F1: A VALUABLE GEM Jun started harvesting his Jewel F1 tomatoes on January 27, 2021. At the time of the interview, he is already on his 21st harvest with an estimated harvest of 4 kilogram per plant. Since the plants still look strong and healthy, he expects to have more harvests of at least half kilogram per plant. “Jewel F1 is very prolific! Almost all of its fruits are big, I only get very few medium and small-sized tomatoes. I also did not experience bacterial wilt for most of my plants, except for a very few plants in the area that got flooded during the typhoon. Other than that, all the plants are great.” Jun’s buyers were impressed with his tomatoes because they were very big, with an average weight of 80 to 100 grams per fruit. He even had some tomatoes weighing as much as 150 grams in his early harvests. Jun also proudly told his buyers that Jewel F1 has stronger skin and longer shelf life compared to other big-fruited tomato varieties. “Now they choose Jewel first over the other tomato varieties in the market. I’m actually running out of supply because many buyers wanted Jewel but I’m the first and currently the only farmer who is harvesting Jewel. It really has superior qualities and I approve of this new variety not just 100% but 200%!” exclaimed Jun. Jewel F1 has bigger, firmer, and redder fruits compared to the Diamante Max (D-Max) tomato variety which is also popular among Filipino farmers. Less than a year after its launch, Jewel F1 is proving itself to be a valuable ‘gem’ for farmers. A SUCCESSFUL EAST-WEST SEED FARMER-HERO Jun has been a vegetable farmer for more than 10 years. Aside from tomato, which is his favorite crop, he also plants other vegetables such as pumpkin, corn, watermelon. “I am loyal to East-West Seed varieties,” Jun said. Being a vegetable farmer enabled Jun to give his family a comfortable life. He was able to send all his five children to school, build a house, expand his farm land, and buy two pick- up vehicles. He shared that during the pandemic, he was still able to earn a good income because of his earnings from vegetables. He was recognized as one of East-West Seed’s farmer-heroes in 2017. 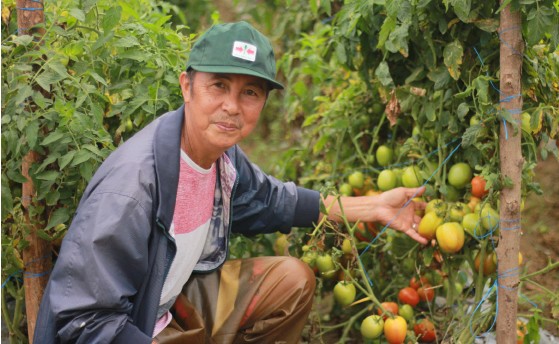 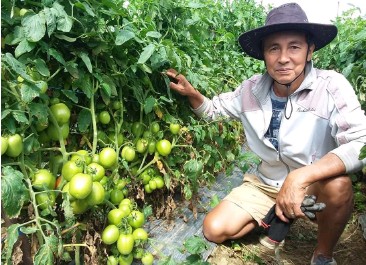 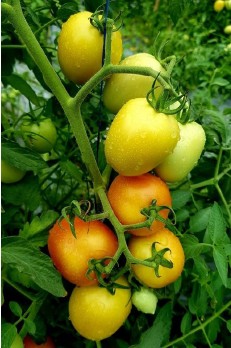