THE LEGALITIES OF ANIMAL SENTIENCE

Hundreds of years ago, philosophers looked at nonhuman animals as nothing more than living machines. These machines did not think or feel the way humans did, or distinguish between pleasure or pain, though they ate and slept the same. Much time has passed since then, and though many still believe that nonhuman animals are lesser beings incapable of sentience, several countries around the world have specific laws for animal welfare. This is often the result of activists fighting for animal welfare and animal rights behind the scenes. If a country doesn’t have a law addressing animal sentience, its animal welfare laws might already address the issue implicitly. The American Bar Association states in a 2020 article on their website that the existence of animal welfare laws alone indicates that “animals can and do suffer, that they have biological needs, and that these interests should be protected by law.” The US state of Illinois, for instance, passed a law in 2017 forcing divorce courts to consider pets’ well-being, effectively recognizing them less as property and more as couples’ children, though the term “sentience” was never mentioned. Interestingly, in laws that do explicitly recognize animal sentience, the term “sentience” isn’t always properly defined. Definitions of sentience can range from animals’ capacity to experience both the negative and positive to animals’ ability to be self-aware. 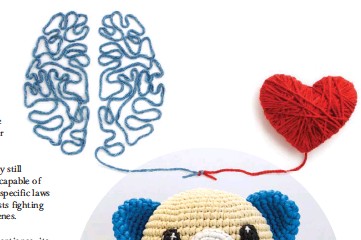