FEATURING THE ALUGALUG CAT n case you like music, animals, or both, there’s a song that’s been making rounds online titled Alugalug Cat. It takes a cat’s distinctive meow and turns it into an electronic musical masterpiece! David Scott, a South African musician known by his online moniker The Kiffness, is the mastermind behind this catchy tune. THE METHOD BEHIND THE MUSIC The original video, found on Youtube and Tiktok, features a split screen between the cat and The Kiffness. On the left screen, we see a person reaching for a cat. The cat, seemingly feeling a bit threatened, makes a noise that doesn’t seem all too natural. That sound is where the song gets its title: “Alugalug-aaaaaah!” The sound is very hard to describe, so you’re going to have to hear it for yourself to get the full experience. On the right side, we see The Kiffness with all of his equipment for making music. We see him shake a maraca, adding beats, and remixing that distinctive meow. He even adds some vocal stylings of his own: After the success of the song, The Kiffness also released a full version of it on his social media platforms, such as Youtube, Spotify, and Apple Music. Compared to the original, the full song has an additional minute, as well as an extra verse: You keep singing sweet melodies What sometimes scares you, can set you free I know you’re hurting, deep down inside But in the darkness, great things you’ll find. Truly a sweet note to end a wonderful song on. Although the original cat in the video isn’t Scott’s animal companion, he does have some photos online with his own cat, Naomi. He is clearly an animal lover and adores showing off his furry friend. She may not be the Alugalug Cat, but every single cat is special in their own right. Scott has since created another remix with a sneezing cat. He titled the song The Kiffness X Sneeze Cat - Blinding Sneeze (The Weeknd - Blinding Lights Cover). The video garnered over 400,000 views. He seems to have found his calling in these cool cats. 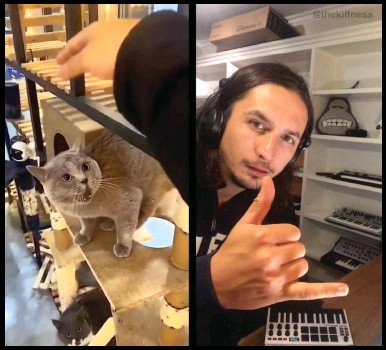 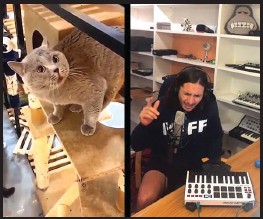 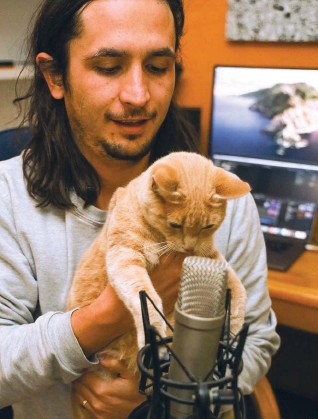