THE BRITTLE STAR WITH A SURPRISING WAY OF PERCEIVING THE WORLD

The brittle star (Ophiocoma wendtii) has a unique way of seeing the world because it sees with its body instead of with eyes. Evidence suggests that the body of this particular invertebrate can perceive images, although they’re blurry. This gives this creature extraocular vision in the absence of eyes. Let’s find out how Ophiocoma wendtii sees the world. The brittle star and the sea star are both echinoderms who thrive in the marine environment. A brittle star is a close relative of the sea star, but they have different modes of locomotion and body structure to move around. In addition, they perceive their environment differently. Sea stars have compound eyes at the tip of each arm to create a visual image of their surroundings with each small lens having what is known as ommatidia. On the other hand, the brittle stars have opsins that detect the presence of light. However, the Ophiocoma wendtii stands out because of its ability to see viable images beyond light perception. 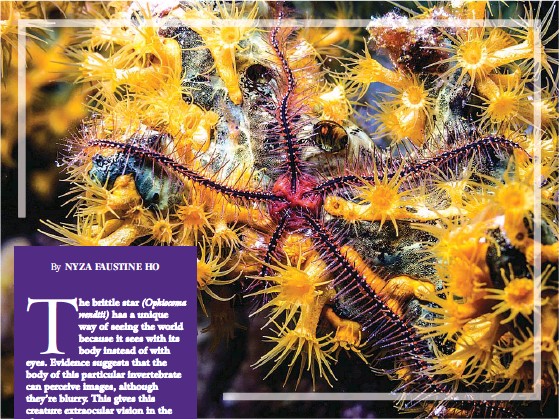 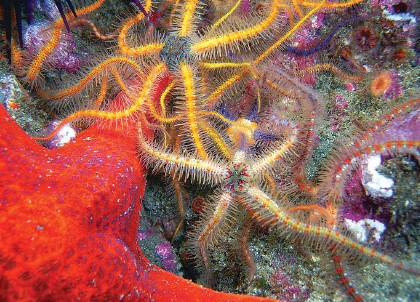