WHAT IS THE VALUE OF WILDLIFE?

What’s the true value of a parrot soaring above a forest? How about a marine turtle grazing quietly on seagrass along the coast? The reasons for conserving wildlife range from humanity’s moral obligation to prevent extinction to more pragmatic reasons like wildlife tourism or the protection of natural systems which benefit local communities. To better appreciate the value of marine turtles and blue-naped parrots, the Department of Environment and Natural Resources (DENR), Asian Development Bank (ADB), and Global Environment Facility (GEF) Project on Combating Environmental Organized Crime in the Philippines released an Economic Valuation Study aimed at convincing decision-makers that many animals are worth far more alive than dead. “We hope that by popularizing this study, we can entice more Filipinos to think about the long-term benefits of conserving our wildlife such as marine turtles and blue-naped parrots,” said DENR Secretary Roy Cimatu. REAL VALUE Environmental economist and study leader Dr. Agustin Arcenas said that the economic valuation of resources is vital in monitoring whether measures to protect these resources are effective, while evaluating the effectiveness of conservation programs. Based on the DENR-ADB/GEF study, one marine turtle is projected to have an economic use value of P4.80 million throughout its 57-year lifetime. This is based on its ecological role in coastal and marine ecosystems (P900,000 per turtle) and on the tourism value it generates (P3.90 million per turtle). Meanwhile, the annual use value of the entire population of marine turtles in the Philippines, conservatively estimated at 7294 individuals by the DENR-BMB, ranged between P2.89 billion and P3.19 billion annually. The study also showed that the blue-naped parrot (Tanygnathus lucionensis) is estimated to have an economic use value of P186,000 throughout its six-year lifetime. This is based on its trade value and tourism value (P5,000 per blue-naped parrot when combined) and its ecological role in forest ecosystems (P181,000 per bluenaped parrot). The population of blue-naped parrots in the Philippines was estimated at 8500 individuals, according to the Katala Foundation. Its annual use value ranged from P36.23 million to P295.19 million yearly. ENDANGERED LIVES DENR Administrative Order No. 2019-09 on the updated list of Philippine threatened fauna and their categories classifies the hawksbill turtle (Eretmochelys imbricata) and leatherback turtle (Dermochelys coriacea) as critically endangered while the loggerhead turtle (Caretta caretta), green turtle (Chelonia mydas) and olive ridley turtle (Lepidochelys olivacea) are classified as endangered. The same Department Order classifies the blue-naped parrot as critically endangered. Marine turtles and blue-naped parrots are also listed in the Convention on International Trade in Endangered Species of Wild Fauna and Flora (CITES) Appendices, affording different levels of protection from over-exploitation. They are also included in the International Union for the Conservation of Nature (IUCN) Red List of threatened species. LEGAL PUSHBACK The Philippines is a hotspot of biodiversity but also an illegal wildlife trade (IWT) hub, having served as an illegal transshipment point for elephant ivory, as a source country of wildlife and wildlife byproducts such as pangolins and marine turtles, as well as a destination of trades, such as parrots kept as pets. DENR-ADB/GEF is pushing for stronger legal reforms against IWT, enhanced capacity-building for law enforcers, plus demand reduction measures targeting consumers, with an emphasis on marine turtles and blue-naped parrots – legally-protected animals, which are nevertheless regularly captured for consumption, curio and pet trade. “Biology, conservation science, and economics must be meshed together to defeat the illegal wildlife trade and we are glad to see that the Philippines is taking a leading role in this,” concludes ADB environmental specialist Dr. Francesco Ricciardi. 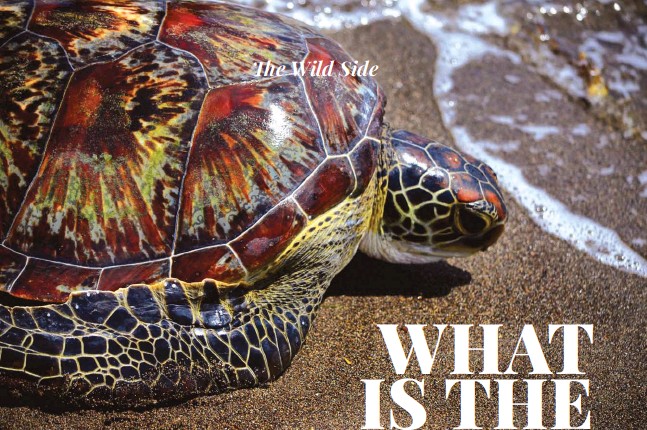 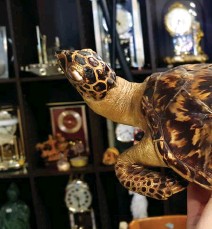 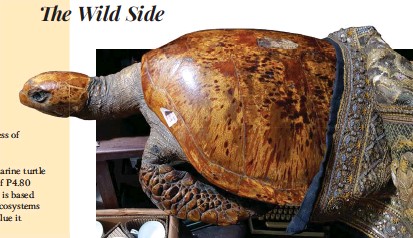 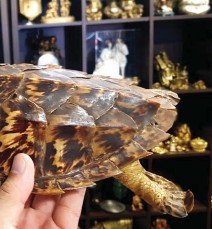