In many of the visuals concerning Halloween, it’s no surprise if Cats are included. In some cases, even more colorful ones are used, though the traditional color for feline Halloween personages is black. The Halloween connection for Cats most probably has its origins in ancient Egypt where they were once worshipped. They even had a cat-headed goddess named Bast, who every night would battle with the Serpent of Darkness. The sun rising in the morning was proof that the goddess had once again won the battle. This association with nighttime and magic might have eventually evolved into the idea of cats as familiars for witches. In fact, some witches could supposedly transform into black cats, according to Stephanie Dube Dwilson’s article for Cat Time. 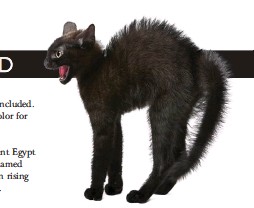