Wolves have also become a popular symbol of Halloween, but it should be remembered that it’s not so much the actual wolf that is being “celebrated” by the holiday, but their fiction hybrid: werewolves. For some, the curse of the werewolf is usually transmitted by a bite, after which the victim would usually lose control depending on the phases of the moon, and then would transform into a large Wolf. For others, it’s a magical spell, according to a 2021 article by Mihai Andrei for ZME Science. But the truth is, the curse of the werewolf may be more of a way for people to deal with violent personality changes rooted in diseases or psychological issues. Rabies, food poisoning, mass hysteria, and even genetic disorders such as hypertrichosis – excessive hair growth – can all be seen as originators for the belief in werewolves, as explained by Matthew Jarrett in a 2019 article for Forgotten History. Perhaps the wild and untamed nature of Wolves (as compared to Dogs) makes for a convenient scapegoat. 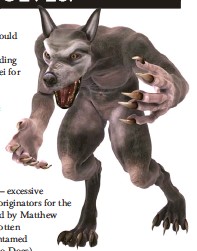