THE ELEPHANT IN THE ROOM ISN’T AN ELEPHANT

The selling point of these disaster movies is how the people fight for survival. We love seeing humanity prevail despite all odds, defying the judgement of nature and being allowed second chances. This humanism is all good until we remember that most – if not all – of the time, it is also humanity that brings earth to the brink of destruction. Never have I seen animals cause pandemics by themselves, and yet they’re made to be the villains in these films. If there’s anything that the coronavirus taught us, it’s that animals are rarely noticed in disasters, except when we’re looking for someone to blame. In Outbreak, a Capuchin Monkey who was depicted to be the carrier of an Ebola-like virus from Africa was consequently brought to a town in California. The symptoms of the new virus strain resemble that of any flu, except for its extreme outcome: death by bleeding. Interestingly, many of the events in the film were overshadowed by how the Capuchin was taken from the wild and transported to America illegally to be sold at a pet shop. The first one to die in the film was the man who took the Monkey and sold it to the store. Is it then poetic justice that he died while thousands of others were also infected because of his actions? Another film eerily similar to what we are experiencing today is Contagion (2011). A rapidly spreading virus began killing civilians at an abnormal rate. While many thought that it was just a simple flu, it became quickly apparent that it was not an ordinary fever as it could kill in a matter of hours. Like the coronavirus, the virus in this film could be contracted through a sneeze or cough. By the time the preventive guidelines were disseminated to the public, countries were already devastated. Soon, quarantine protocols were issued and businesses began to shut down. People were hoarding food, and looting also became prevalent. At the end of the film, it was revealed that a woman who came home from a business trip in Hong Kong was patient zero. The virus originally came from a Bat. Because a part of the forest where the Bat lived was cut down, the creature was forced to flee, finding themself in a farm of Pigs. The Bat, who was carrying a piece of banana, accidentally dropped it in the pen. One of the Pigs ate the banana, becoming infected, too. The Pig was eventually slaughtered by a chef who did not wash his hands before shaking his hands with patient zero. Zoonotic diseases, according to the World Health Organization website, make up a large percentage of human diseases. They are a type of disease that can be contracted by humans from animals. In September 2020, The Guardian listed nine pandemics traced to farming animals, which means that humans play an incredibly large role in the birth of pandemics. While it is humans too who are capable of creating vaccines, wouldn’t it be easier to just prevent diseases such as the coronavirus altogether? In two articles written by Jonathan Safran Foer for The New York Times and The Washington Post in 2020, he expressed how outrageous it was for humans to destroy the planet and breed pandemics just for the sake of protein. Foer wrote in his opinion piece for The New York Times: “At the very least it has forced us to look. When it comes to a subject as inconvenient as meat, it is tempting to pretend unambiguous science is advocacy, to find solace in exceptions that could never be scaled and to speak about our world as if it were theoretical.” Foer not only delved into the ethical and environmental implications of continuing to support animal agriculture during an age highlighted by zoonoses such as the coronavirus, but also expressed concern for meat workers who are forced to work under increasingly dangerous circumstances to satiate the craving – not the need – of people for meat. Foer added, “We cannot claim to care about the humane treatment of animals while continuing to eat meat regularly. The farming system we rely on is woven through with misery.” If both our “frontliners” [the use of quotation marks acknowledges issue regarding workers as to whether they choose to work or if they are merely being forced to do so during the pandemic] and animals are suffering just because of a “protein preference,” shouldn’t we then admit that this is a problem that needs to be addressed? More than a year into the pandemic, people are still trying to adapt to the changes brought about by the coronavirus. Wearing masks became the new normal, treating yourself meant ordering food and having it delivered at home, having potted plants became wildly popular, and getting an education meant sitting in front of the computer for hours. Truly, the coronavirus pandemic became a game changer, not only because it pushed us to find ways to do things differently, but also because it revealed to us the true illness of our times: our seemingly unstoppable consumption of animals. 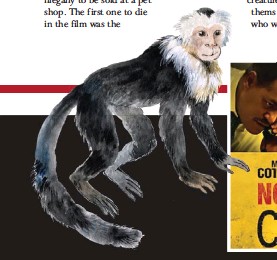 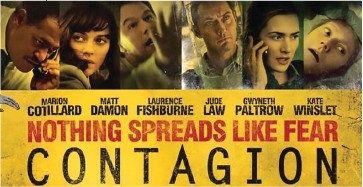 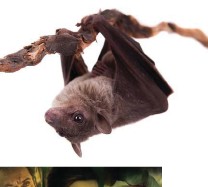 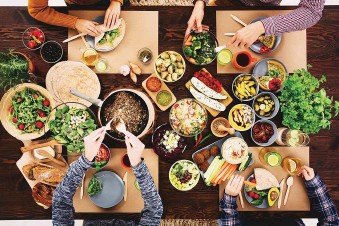 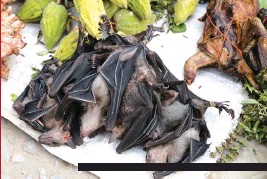