The Rhodesian Ridgeback has a formidable reputation and a history that is as intriguing and amazing as the wild beauty from where they come from: South Africa. Rhodesia (now Zimbabwe) is known as Lion country. The persistent myth goes that the Ridgeback’s ancestors were capable of attacking and taking down Lions. However, these Dogs do neither. Rather, with their scent prowess, speed, and agility to stop and spin on a dime, they were perfect hunting companions to chase and corner wild game, and in this case, Lions. Thus, the title “Lion Dog.” They are called “Ridgebacks” because they have a line on their spine with the fur growing in opposite directions. And at the very top there should be two “crowns” that look like swirls, directly opposite each other. A very distinct trait. Eugene Tan is the proud human of two Rhodesian Ridgebacks. Hunk (in the photo) is four years old and Cookie, a female, is three years old. “I have loved them for seven to eight years now. [I saw them] when I was traveling... in Europe; I noticed that most people had this kind of Dog.” When talking about the temperament of the Rhodesian Ridgeback, Tan is all praises. “They are... very sociable Dogs, even for big Dogs like them. Very sturdy sila and not aggressive... [The Rhodesian Ridgeback] is keen on smell rather than eyesight. Mas magaling maka-detect ang sense of smell nila. Kaya mas gising din sila ‘pag gabi and usually sleeping through the day.” They are sociable and are very capable of mingling with other canines. Tan also shares, “They’re not clingy; they’re pack Dogs. They stick together.” 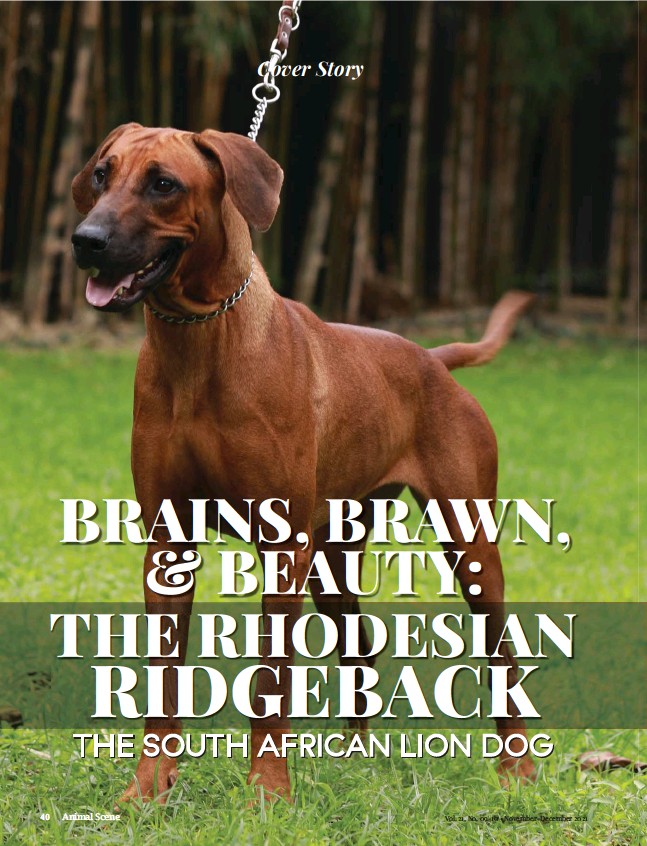 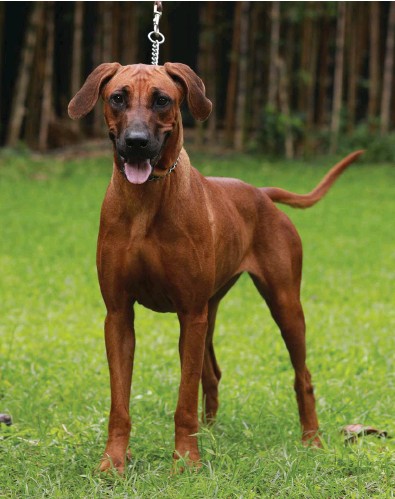 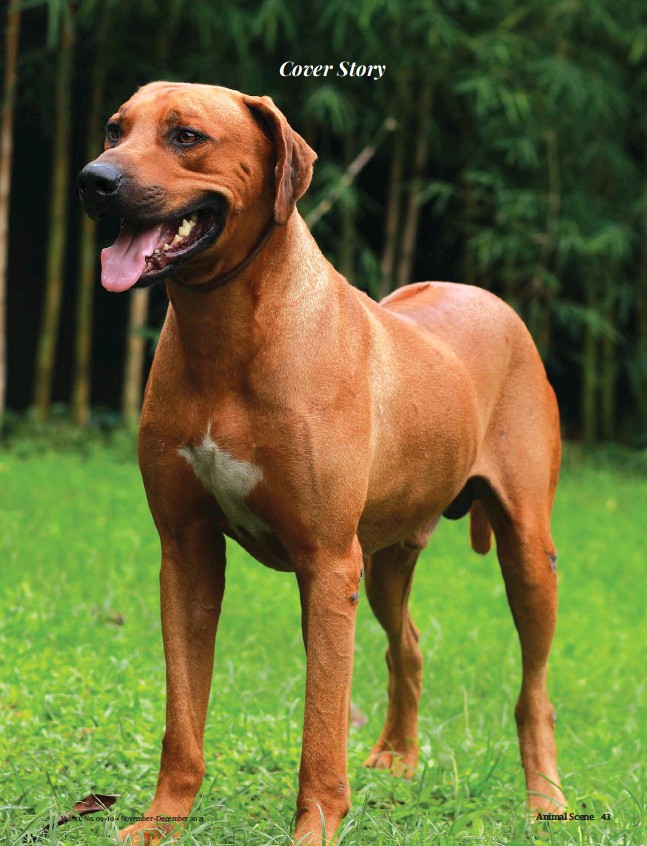