In the movie: Three people attempt to stop a gigantic Crocodile who is terrorizing residents in Black Lake, Maine. In real life: Crocodiles have graced the big screen as vicious monsters too many times. They are indeed vicious because they are carnivorous predators, and this is how nature intended them, but they are far from being monsters and should not get punished for simply existing. Take Lolong’s case, for example. The reptile survived for five whole decades in freedom, only to die in captivity in a zoo two years later. Who knows how much longer he could’ve lived if only there were stricter laws in place to protect him, his habitat, and the human residents living nearby? Hopefully, we can learn from our mistakes and do better in the future. 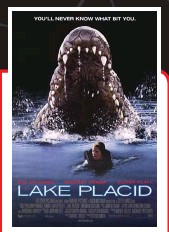