In the movie: A young couple gets kidnapped and treated like farm animals after stopping at a roadside diner to eat meat. In real life: While there are no actual non-human animals present in the film, the majority of the human characters wear face masks of Cows, Goats, Pigs, and other farm animals. In the movie, the couple gets captured and treated like farm animals in a slaughterhouse. The film challenges the audience to take a peek into the social issue of animal farming and what it would look like if the roles were reversed. What we do to animals for food is terrifying, and it is in everyone’s best interest to move on from such cruel practices. The most humane way to slaughter an animal is not to slaughter them at all. 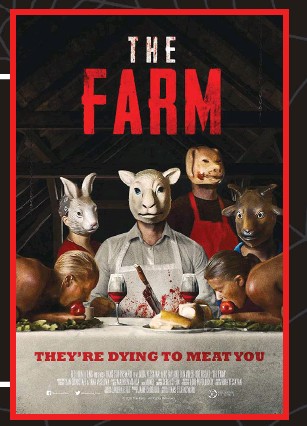