BTS AND THEIR COMPANION ANIMALS 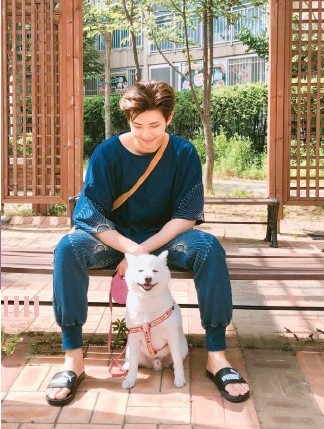 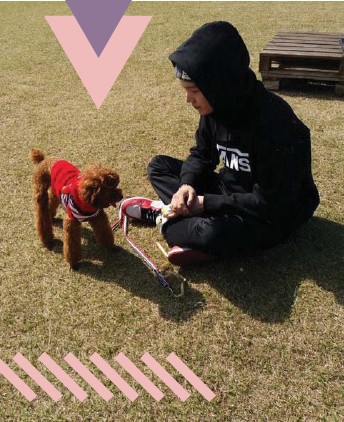 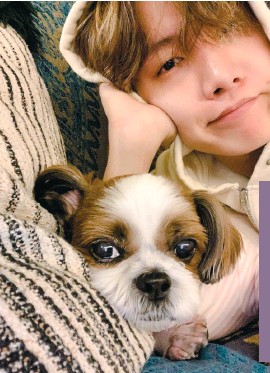 BTS and their companion animals Catapulted to fame by their emotionally charged songs and riveting performances, and backed by their loyal fandom called ARMY, BTS have gained only more popularity amid the pandemic as they release one international hit song after another. Aside from their campaigns for social change and message of self-love, what non-fans and casual listeners might not know about them is that the boys are also passionate about their companion animals. Here’s a look at the boys’ fur children and the things they do to show their love for them. Group leader RM introduced his companion Dog Rapmon (aka Monie) to the world via a tweet in 2013. He had previously expressed frustration about not spending time with Rapmon as much as he wanted because of their busy schedule; so, the rapper would take advantage of their time together whenever he was back home – taking him to the park and sometimes even bringing him to the studio. RM finally got the opportunity to bond with Rapmon more during the quarantine period and was there to celebrate his furry companion’s eighth birthday in March. Fur daddy goals. When asked to talk about his companion Dog named Holly in the show Ask in a Box, SUGA expressed, “When I think about Holly, my heart hurts. Because I’m normally not the kind of person who like dogs. But I ended up liking him.” Jimin, also a member of BTS, once teased SUGA about how he would act all cutesy whenever he was around Holly, suggesting that his behavior with the canine was far from his usual nononsense personality. Despite Holly being the family Dog, SUGA has taken it upon himself to become the canine’s dad, even taking the time to write and maintain a parenting diary. No wonder SUGA receives frequent marriage proposals from fans. [The writer has also expressed her wishes to marry this particular BTS member. Not that I blame her. -Ed.] Despite currently being the only member who doesn’t have a fur child, Jimin is known for his fondness for dogs and cats, which gained him the nickname from fans of “gangyangee”, a combination of the Korean words for dog and cat. In several of their Bangtan Bomb clips, Jimin was spotted playing with animals whenever he encountered them during shoots. In 2015, while on the show My Pet Clinic, Jimin shared that he used to have a childhood companion Dog named Ddosun and expressed, “I’m sure that he is now well in heaven… I hope that he is watching me.” [The writer wishes to be reincarnated as Jimin’s companion animal. Or human. -Ed.] Like father like son: Yeontan AKA Tannie gets his fair share of popularity much like his dad, V. First introduced in 2017, the pup quickly gained the adoration of ARMYS for his cuteness, which made him an instant internet celebrity, even occasionally making it to the top trending topics on Twitter whenever V would post photos and videos of their bonding moments. #Yeontan. In 2019, during the final leg of the group’s Love Yourself tour in Seoul, Yeontan welcomed home his dad by being at their concert along with V’s canine mom. And as if that’s not special enough, V is the only member to upload a profile photo of his fur child on the social networking site Weverse. #LOL. He has two older Dogs, Sangdol and Soonshim, and a cat named Kkanji. During the premiere of their reality show In the SOOP in October, fans and other BTS members alike were treated to a surprise as Jungkook brought Bam along with him. Like Jungkook, Bam is the youngest of all the companion animals cared for by the boys. In the show, fans saw how loving and patient Jungkook was toward training his new companion – this comes as no surprise, as he also cares for a much older Dog at home named Gureum, whom he adopted from an animal rescue shelter.