MORE THAN FLUFF: THE POMERANIAN

AN INTERVIEW WITH CANTON POMERANIANS 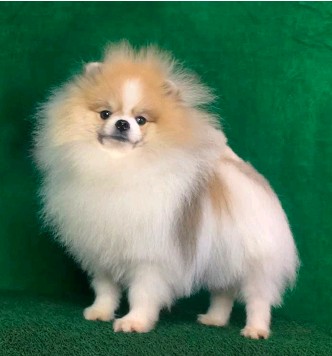 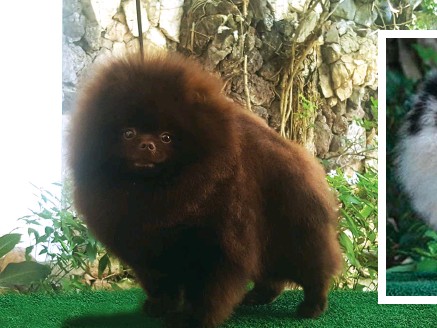 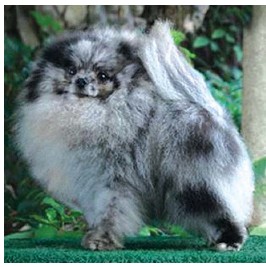 Although Pomeranians are small dogs, their genetic roots hail from big sled dogs. It is arguably their size – and perhaps how they descended from much larger canines – that makes Pomeranians one of the most loved animal companions. To give you your fix of these adorable fluff balls, Animal Scene talks to Canton Pomeranians – wellknown in both local and international circles – about their love for everything Pom. Animal Scene: When and how did you get started in the field of dogs? Canton Pomeranians: I come from a non-dog family. Our experience in dogs at that time was limited to a German Shepherd guard dog named Tarzan. For us, anything dog-related was [unclean] and dirty. This orientation changed to the opposite side of the pendulum in 1977 when I decided to do a quick thesis for my Master degree in Business Management [titled] Commercial Breeding of Pedigreed Toy Dogs. It was a decision made to shortcut the compliance to a business program with a thesis that I completed in two months, the first in my class. [It] would have been easier [had] all the research materials [been] easily available in one place: the Philippine Canine Club – the official Fédération Cynologique Internationale (FCI) club of the Philippines – with its directors and member breeders. I rationalized that it would be hard to defend a thesis when I [had] no experience whatsoever with dogs. And so, in partnership with my brother Benjamin, we imported a Japanese champion pom named Jap Ch Secret Dandy of Azalea Saly. This dog would eventually become the top winning dog of all time in the country, with multiple Best in Shows dominating the Philippine show ring at that time. From thereon, I was hooked with the show bug, and what was supposed to be a business venture turned into an expensive, passionate hobby. AS: Your Kennel name is Canton. Does this name have any special significance? CP: The name Canton came from the street [where] I lived at the time: Canton Street in BF Paranaque. Therefore, Canton Pomeranians. I also use another kennel name, Yingyang, for [those with] exotic colors, such as Chocolates, Particolors, Merles and Brindles. I would upgrade them by using standard colors, thereby ensuring [that] eventually, all my Pomeranians would share a common bloodline and would be easier to breed back and forth [regardless of color]. AS: Was the Pomeranian your first breed, or did you have any others prior to them? CP: [The] Pomeranian has always been my breed [of choice]. Previously, I would have a second breed each changing over time [to make this hobby selfsupporting]: Pomeranian and Pekingese, Pomeranian and Shih Tzu, Pomeranian and Shetland Sheepdog, [or Pomeranian with] Maltese, Miniature Pinscher, Doberman, German Shepherd, etc. My last second breed was the Shetland Sheepdog, but I decided to stop [with] second breeds, since doing Pomeranians in different colors and patterns was enough variety for me. AS: What attracted you to the Pomeranian? CP: They are very loyal and devout dogs. My Poms have smiling faces, which just make me smile back. Breeding them in quality is a big challenge. AS: How much did you know about them before starting this venture? CP: Unfortunately, when I started, I had zero knowledge, and with the time, resources and effort spent, there was a lot of wasted gene pool. If I had the right mentoring or even the knowledge that I have today, I think that perhaps I would even have better Poms today. AS: Is the Pomeranian one of the most delicate and dainty breeds? CP: A better description would be [that they are] the “heartbreak breed.” [Their] survival rate is bad. AS: Given their heavy coat, do Pomeranians require special care and grooming? CP: Maintaining [the] coat of the Pomeranian is easy if you have the consistency and perseverance, with proper regular brushing. Air-conditioning helps a lot. AS: How do you make sure that a Pomeranian grows a good coat? CP: There is the genetic part and there is the maintenance part. You need both for optimal results. There is also the issue of the right kind of coat – the harsh-textured coat – which are late developers as compared to the earlier cotton candy coat, which is a major fault in the American Kennel Club (AKC) standard. This is mainly because [the latter] coat is prone to black skin disease (BSD) or alopecia X. Unfortunately, many judges are still unaware of this issue and would put up this kind of dog, causing popularity for the wrong kind of Poms.