Here are some animals known to reproduce without needing sexual reproduction techniques. 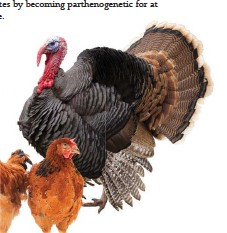 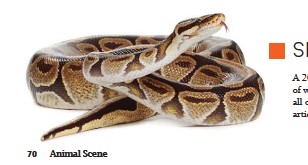 SHARKS There have been quite a few cases of female Sharks reproducing without males when in captivity. While some animals are capable of storing sperm for extended periods of time, DNA testing confirmed that their offspring had identical genes. KOMODO DRAGONS Like Sharks, a captive specimen was able to lay eggs that had her exact genes – and she had never even been in contact with a male of her species. Given the pattern of Sharks and Komodo Dragons, it’s possible that they are adapting to a life without mates by becoming parthenogenetic for at least some of the time. TURKEYS AND CHICKENS As mentioned, Turkeys and Chickens sometimes are able to produce eggs that have not been fertilized but hatch into chicks, anyway. Recent studies show that it’s possible that only one percent of these unfertilized, parthenogenetic chicks hatch. In what may be a bad idea, some people have created Turkey strains where the survival rate of parthenogenetic chicks are higher. SNAKES A 20-foot Python named Thelma gave birth to a clutch of 61 eggs, six of which hatched into healthy female Snakes. Genetic tests revealed all of them to be of the same genes as Thelma, according to a 2021 article written by Katherine Gallagher for Treehugger.