Chief Justice Alexander G. Gesmundo became the 27th head of the country’s Judiciary after being appointed by President Duterte last April 5. He is expected to serve until midnight of Nov. 6, 2026, his 70th birthday. Gesmundo assumed the post at the time the country is still reeling from the devastating effects of the dreaded coronavirus disease. The country has high expectations and hopes in Chief Justice Gesmundo’s leadership given his sterling record of 36 years in the public service. A stickler for the rules, he is expected to steer the Judiciary to attain tremendous success in the people’s quest for justice, equality, due process, and respect for human rights. In his public interview by the Judicial and Bar Council (JBC), Gesmundo indicated his belief in setting a higher standard on civil liberties. He said: “The Constitution says no search warrant or warrant of arrest shall be issued except upon probable cause determined by a judge after conducting a searching inquiry. He cannot solely rely on the affidavits of the complainants and the witnesses they produced because that is a violation of the Constitution as well as the Rules on Criminal Procedure.” On the release of the statements of assets, liabilities and net worth of public officials and employees, he affirms that while “transparency is the rule,” the purpose for obtaining a SALN “must be legitimate.” He was appointed to the Supreme Court as Associate Justice on Aug. 14, 2017 after a 12-year stint as Associate Justice of the Sandiganbayan. He obtained his law degree from the Ateneo de Manila University in 1984 and passed the bar examinations the following year. His first public service was as trial attorney at the Office of the Solicitor General in 1985. Recognized as “Most Outstanding Solicitor” in 1998, he also served as commissioner of the Presidential Commission on Good Government (PCGG) in concurrent capacity as solicitor before his promotion as assistant solicitor general in 2002. Chief Justice Gesmundo was a member of the Corps of Professors and a Professorial Lecturer of the Philippine Judicial Academy (PHILJA). Until his appointment as head of the country’s judiciary, Chief Justice Gesmundo was an active member of the Faculty of the School of Law and Jurisprudence of the Centro Escolar University (CEU). We share the Filipino nation’s high hopes that Chief Justice Gesmundo’s tenure will strengthen the Supreme Court as one of the pillars of a robust democracy. 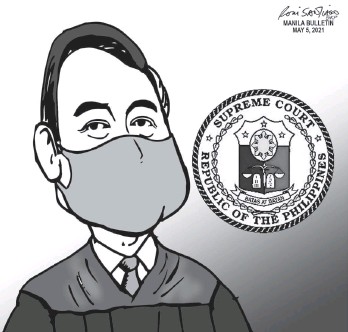