The coronavirus disease (COVID-19) trend in the National Capital Region (NCR) continues to improve, the OCTA Research Group said on Tuesday, May 4. OCTA Research fellow Dr. David Guido said the reproduction rate in Metro Manila is currently at 0.82, while the number of cases is now 3,000 per day or a 46-percent decrease from its peak of 5,500. “Definitely, yung trend natin sa (the trend in) NCR is still improving,” Guido told DZMM Teleradyo. The average daily cases in the entire Philippines have also gone down to 8,000 from its peak of 10,000, Guido said. Downtrend still unstable Asked if the NCR can already ease restrictions after May 14, David said: “Too early to say.” He added that Metro Manila’s downward trend is still “unstable.” David said there are local government units (LGUs) that are showing a slow decrease in cases compared to previous weeks such as Muntinlupa, Las Piñas, Valenzuela, Parañaque, and Mandaluyong. The cities of Manila, Navotas, and Pasay have shown a significant decrease in cases, according to the expert. David said they have to re-assess next week to see if there will be a spike during the two-week period of the Modified Enhanced Community Quarantine (MECQ) flex. If there will be no increase or spike in cases, Guido said Metro Manila can “gradually” ease restrictions. “Gradual easing of economic restrictions and calibrated,” he said. PGH occupancy rate at over 90% As this developed, the Philippine General Hospital (PGH) on Tuesday said the number of its COVID-19 admissions remain high, with its occupancy rate at more than 90 percent. PGH spokesman Dr. Jonas del Rosario said 234 out of the 250 allotted COVID-19 beds in the hospital are currently occupied. The hospital’s intensive care unit (ICU) is also full, Del Rosario added. Given the hospital’s current numbers, Del Rosario said he would prefer the Modified Enhanced Community Quarantine (MECQ) to be further extended after May 14. Del Rosario, however, said they will still have to see if the numbers will change during the two-week MECQ “flex”. David said the effect of the flexible MECQ will be known by next week. “Our trend in NCR is still improving. It [number of cases] has decreased. What we’re seeing is that the average number of cases in NCR is now at around 3,000 cases per day. That's a decrease of about 46 percent as compared to the peak [of the surge in March],” David said in a Teleradyo interview on Tuesday. “Yung effect ngayong MECQ Flexi na sinasabi natin hindi pa natin nakikita yung buong effect nito dahil May 1 palang siya na-implement. Ang nakikita palang natin yung effect ng ECQ [Enhanced Community Quarantine] and MECQ na hanggang April 30. (We have not seen yet the full effect of today's MECQ Flexi, as we call it, because it has been implemented just last May 1. What we are seeing now is the effect of the implementation of the ECQ and MECQ until April 30),” he added. (With a report from Ellalyn de Vera-Ruiz) 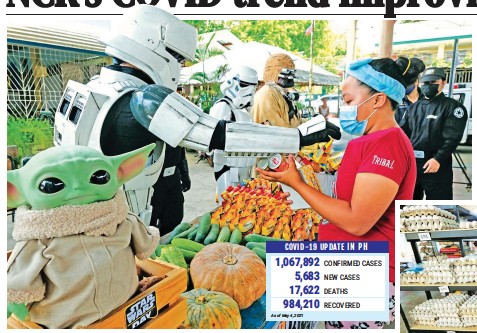 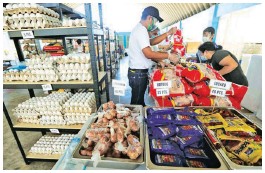